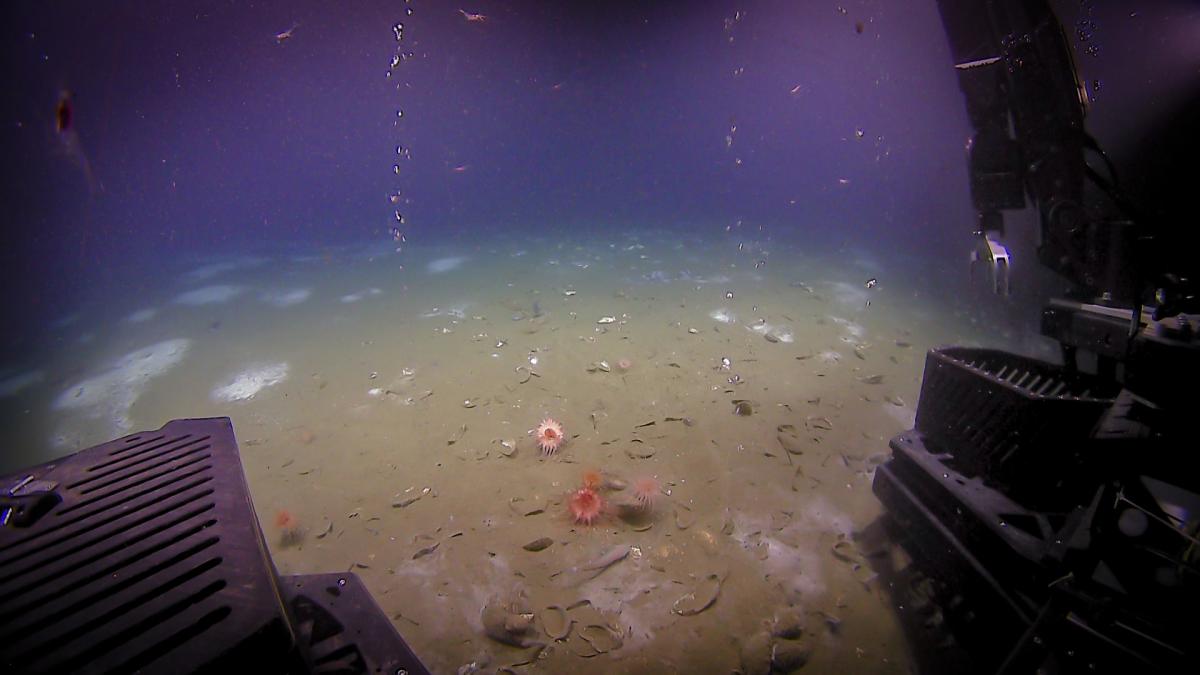 Two bubble streams emanating from relatively bare seafloor and framed by D2 during the Bodie Island seeps dive. Note patchy distribution of white Beggiatoa bacterial mats in the background and Bathymodiolus shell debris and live mussels in the foreground, along with anemones.
Photo by NOAA Office of Ocean Exploration and Research, Windows to the Deep 2019.
Scientists with the National Oceanic and Atmospheric Administration discovered a methane seep field off the coast of Bodie Island in 2012, but they didn’t get a look at it until this year.

Using a remotely operated deep-sea rover, scientists were able to photograph the methane seeps and the ecosystem they support, including an unusual type of mussel.

“These are a special kind of mussel that are chemosynthetic, and what that means is they convert chemicals into energy instead of light, so there’s a whole ecosystem that can exist in the complete dark of the sea floor,” said Adam Skarke, a marine geologist at Mississippi State University who helped locate the methane seep field back in 2012.

The vessel was able to bring back photos, samples and detailed information about a deep sea ecosystem that depends on methane, hydrogen sulfide and bacteria to sustain life. Skarke said these types of lifeforms that depend on chemicals instead of sunlight to generate energy weren't well-known to scientists until the 1970s and were thought to only live in remote undersea regions. 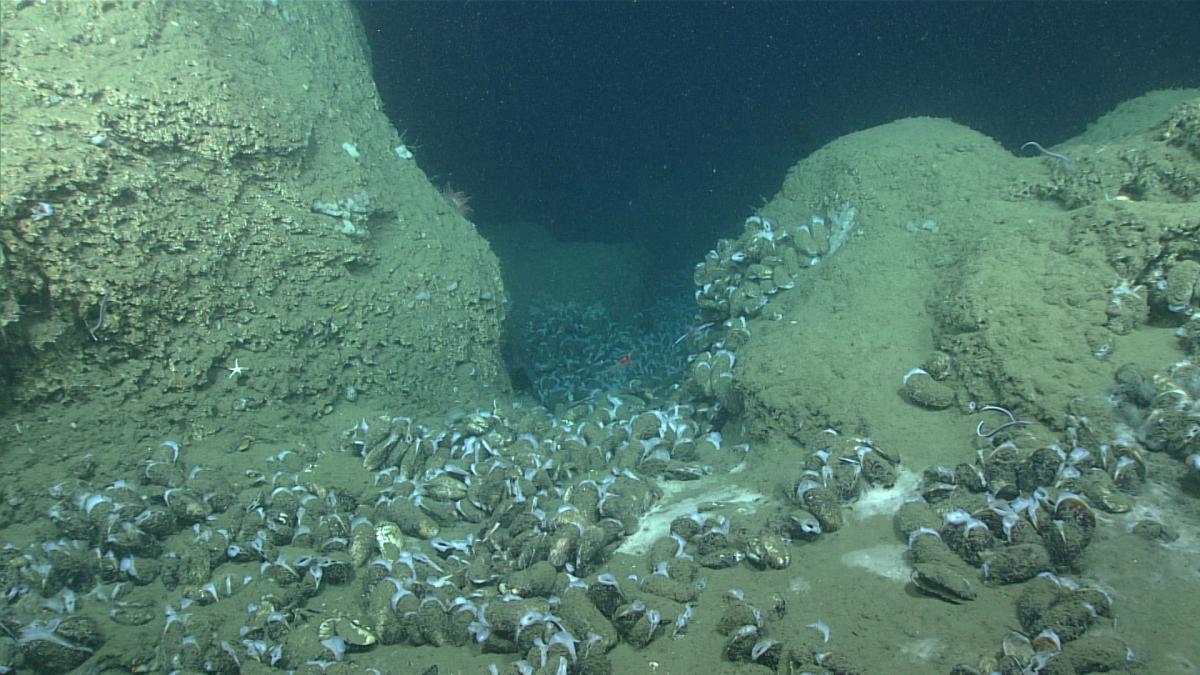 Bathymodiolus mussels and white bacterial mat on dramatic relief created by authigenic carbonate boulders at one of the seep sites explored during the Bodie Island dive.
Photo by NOAA Office of Ocean Exploration and research, Windows to the Deep 2019.
“What this work and other work like it have shown us is that we have these foreign, almost alien ecosystems right in our own backyard,” said Skarke. “These sites we were exploring were only about 35 miles off the coast of the Outer Banks.”

In addition to exploring the deep-sea ecosystem, researchers want to study the methane seeps to figure out how much gas enters the ocean, and how it impacts oxygen levels and acidification.

“Often time it seems like we’ve explored everything, that we’ve seen all there is to see on earth. What this highlights is that we actually know very little about the ocean, even the ocean just out our back door, just off the coast of the Carolinas,” said Skarke. “There’s still a lot to explore and a lot to learn.”