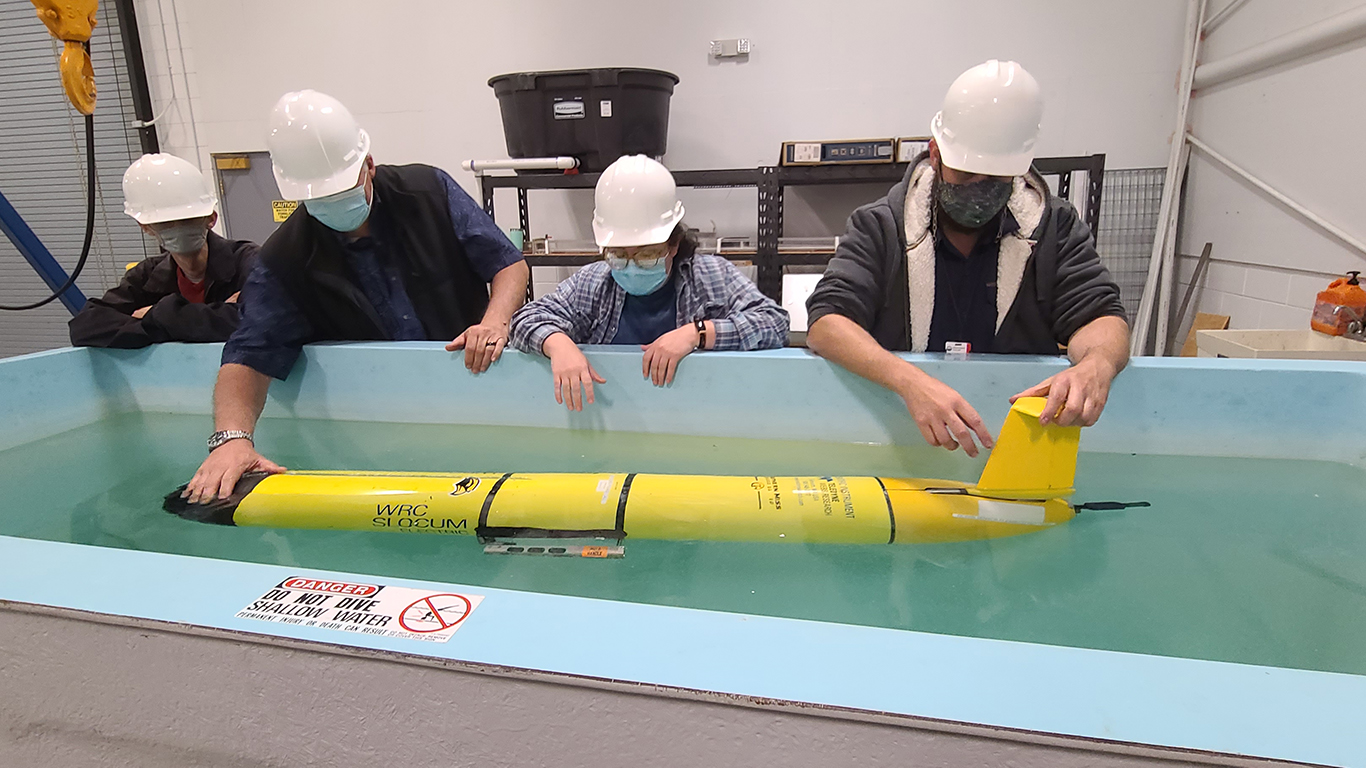 A training activity during the Tier 2 underwater gliders operator's certificate course in the Uncrewed Marine Systems Program at the University of Southern Mississippi. Photo by Kevin Martin, USM.
Underwater gliders are increasingly involved in routine and emergency marine data collection, supporting operations and research and development efforts, and operating them requires specialized training.

To meet that need, Stephan Howden, Director and Professor at the University of Southern Mississippi (USM) Hydrographic Science Research Center, leads the curricula development for a next-level Operator's Certificate (Tier 2) focused on underwater gliders. The certificate course is offered by the USM Uncrewed Marine Systems Program.

The 12-credit undergraduate program provides training for a wide-range of skills for glider operations, from managing a small glider group in support of a project or as a glider technician in a large glider operational group. A certificate holder will be able to pilot gliders, maintain and manage glider inventory and supplies, and have the environmental awareness needed to plan and ensure that missions can be completed. The curricula draw upon real-world case studies of specific situations, sensors, and platforms and includes a field project at the end of the course. 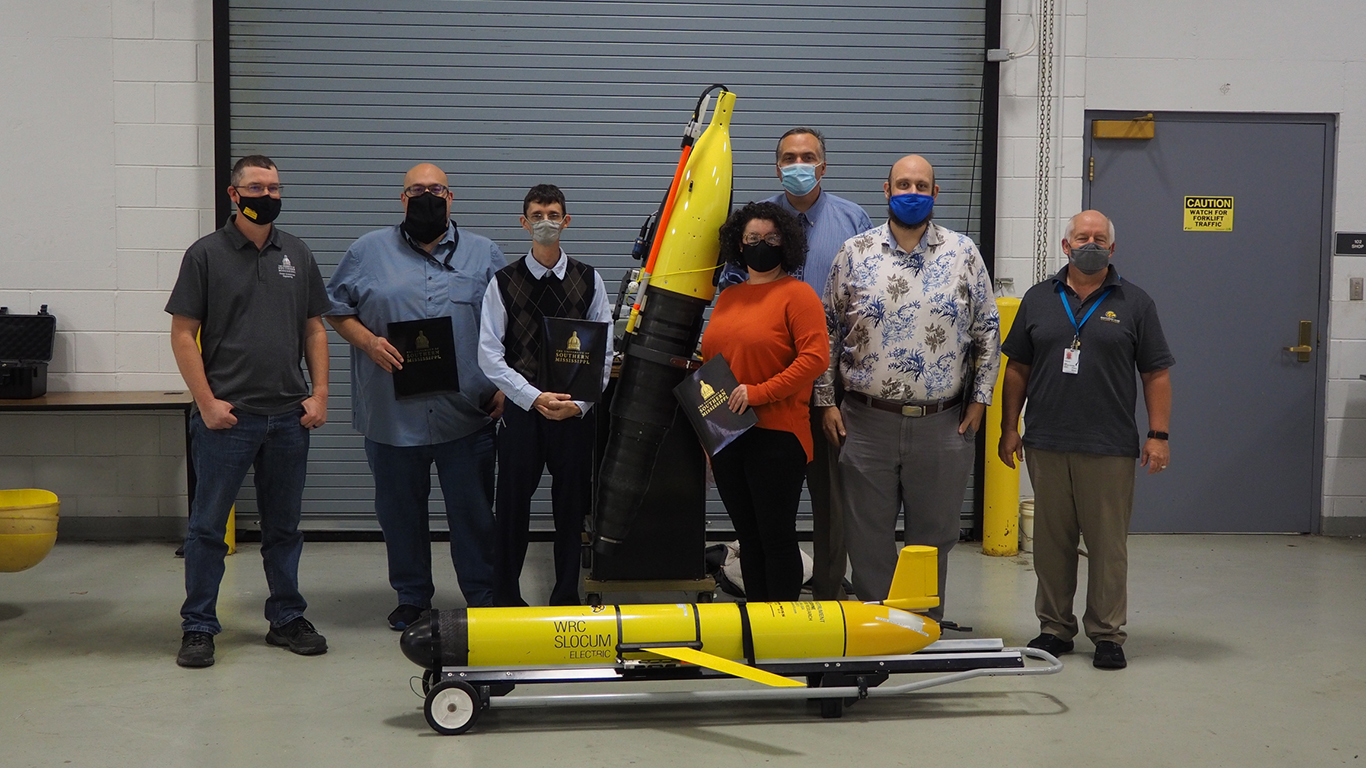 Instructors and participants of the Tier 2 underwater gliders operator's certificate course in the Uncrewed Marine Systems program at the University of Southern Mississippi (USM). Photo by Kevin Martin, USM.

The curricula are based on syllabi and course material that were collaboratively developed by USM and Perspecta, Inc. (now Peraton) with input from the Naval Oceanographic Office and Naval Sea Systems Command, the Gulf of Mexico Coastal Ocean Observing System, and the NOAA Integrated Ocean Observing System. The course was reviewed and approved by the USM Curriculum Committees for the School of Ocean Science and Engineering and the College of Arts and Sciences as well as the USM Academic Council Executive Committee, Academic Council, and Provost.